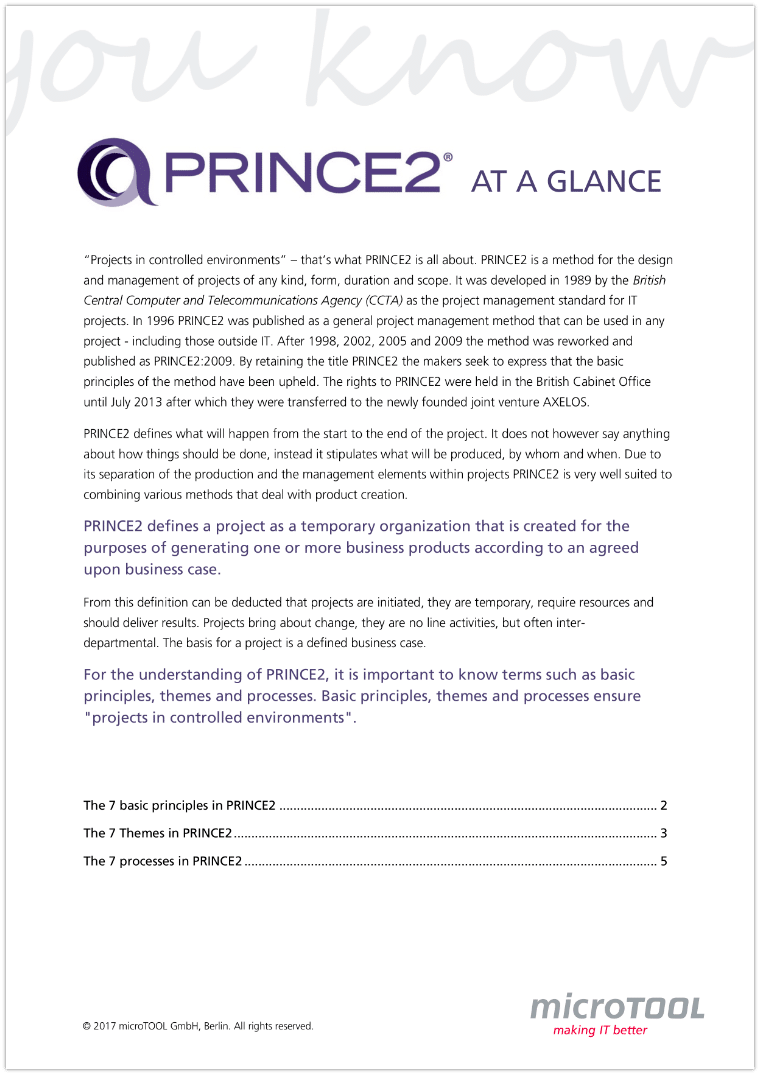 PRINCE2 at a glance

Everything important about PRINCE2 to go. What are basic principles, themes and processes and how does the interaction work?

“Projects in controlled environments” –that’s what PRINCE2 is all about. PRINCE2 is a method for the design and management of projects of any kind, form, duration and scope. It was developed in 1989 by the British Central Computer and Telecommunications Agency (CCTA) as the project management standard for IT projects. In 1996 PRINCE2 was published as a general project management method that can be used in any project – including those outside IT. After 1998, 2002, 2005 and 2009 the method was reworked and published as PRINCE2:2009. By retaining the title PRINCE2 the makers seek to express that the basic principles of the method have been upheld. The rights to PRINCE2 were held in the British Cabinet Office until July 2013 after which they were transferred to the newly founded joint venture AXELOS.

PRINCE2 defines what will happen from the start to the end of the project. It does not howeversay anything about how things should be done, instead it stipulates what will be produced, by whom and when. Due to its separation of the production and the management elements within projects PRINCE2 is very well suited to combining various methods that deal with product creation.