Another surreal excursion into art history and a homage to the Easter bunny.

Among art experts, the french painter Henri Matisse’s quote “There are Easter bunnies everywhere for those who want to see them”, is a clear hint for the importance of the Easter bunny in art history. The Easter bunny as a subject of art has an integrative character for a great number of art forms from fauvism to expressionism to surrealism to constructivism, from new realism to pop art and street art, as evidenced by works of Rene Magritte, Franz Marc, Henri Matisse, Gerhard Richter, Paolo Scheggi, Yves Klein, Jackson Pollock, Sabine Wild, Shepard Fairey and Dolk Lundgren.

Henri Matisse paved the way for fauvism, the first art movement of the 20th century and a form of art that wanted to break free from impressionism. He worked on canvas, without any initial concepts or sketches and applied changed directly. The coloring does not aim to portray the subject in an illusionistic way but evokes its pictorial message through the interplay of colors. The bright organge is a typical feature. 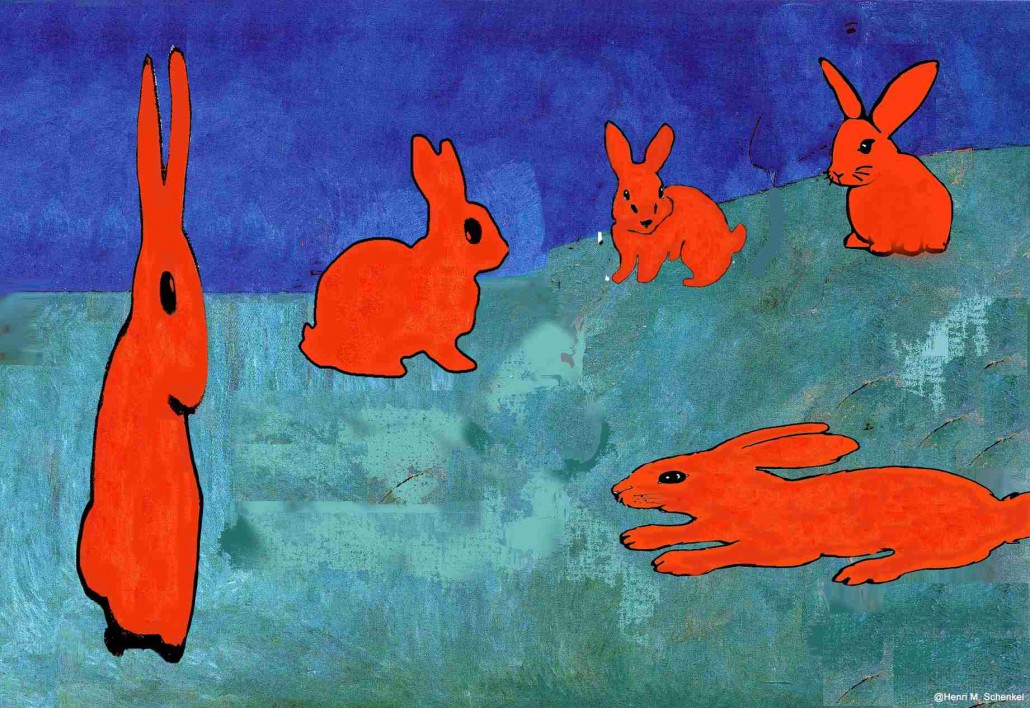 Franz Marc was influenced by fauvism but did not completely abandon the object in his work. He was a co-founder of Der Blaue Reiter (The Blue Rider), a group of artists united in rejection of the Neue Künstlervereinigung München in Munich, Germany. His most famous works include Der Tiger (The Tiger), Blaues Pferd I (Blue Horse I), Die gelbe Kuh (The Yellow Cow) and Der blaue Hase (The Blue Rabbit). 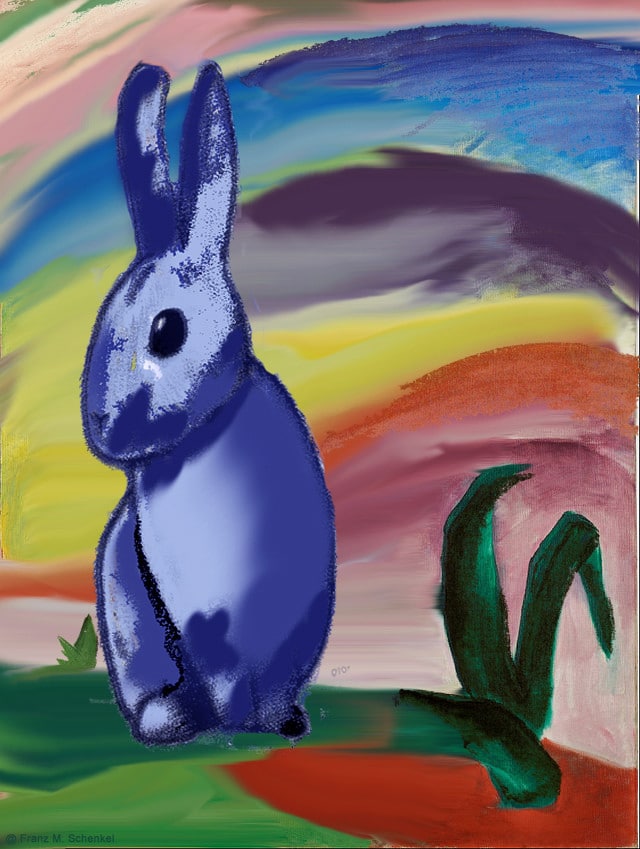 Jackson Pollock is the master of abstract expressionism. By use of his drip-painting process he created a large number of highly-innovative works of art. European Modernity had a huge influence on him, as had cubism and surrealism; he used the unconscious as a source for his art. His works breathe structure and rhythm. “Eyes on the Bunny” is testament to this inherent contradiction. 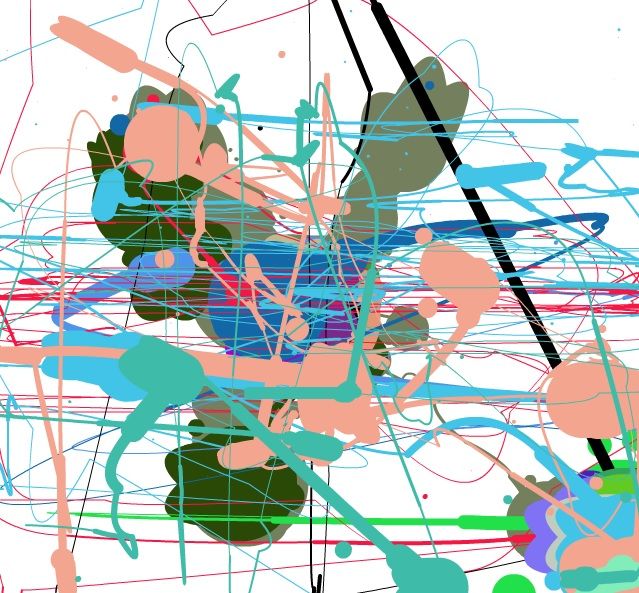 Yves Klein is regarded as an important representative of new realism, a precursor of Pop Art. His most important works are monochrome paintings, especially those created in Ultramarin Blue, a color he patented under the name International Klein Blue. The high luminance of the color results from Polyvinylacetat, a substance also used in his work “Collection de lièvre sans titre”. It marks the 1957 starting point for his anthropometries with nude models imbued in blue color, painting canvases with their bodies. 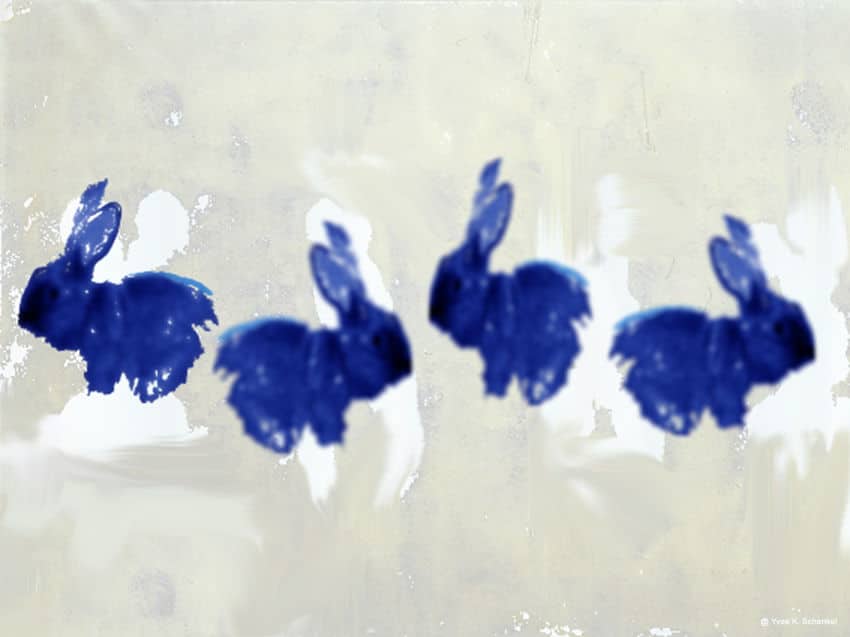 In contrast to other artists of surrealism combining dream-like elements with abstract forms, the works of Rene Magritte contain normal elements placed in surreal contexts. For some art crtitics, the apple motif is nothing but a round egg. The chicken/egg problem becomes an egg/apple solution; his 1964 work “Le fils de ‘homme” produced an offspring, “Le fils de l’homme avec lièvre”. 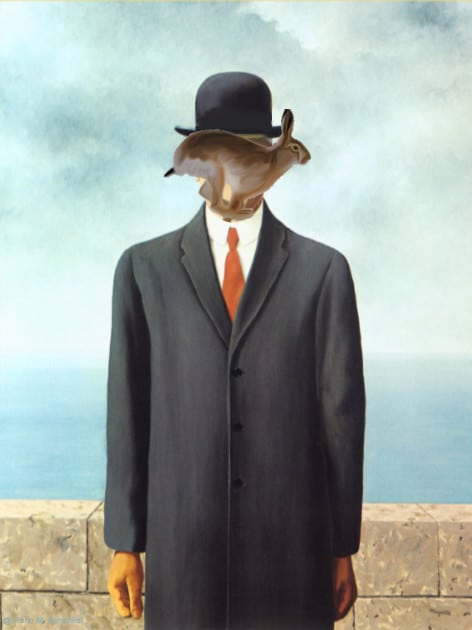 Paolo Scheggi was an italian constructivist painter. He geometrically arranged round holes he cut into linen-covered walls which he also arranged geometrically. The depth of his works is created by his choice of monochrome colors, often white, yellow, red and blue. “Intersuperficie curva da coniglietto di Pasqua” is a prime example of his artistic work; the deviation from his concept (oval forms replace round forms, wine-red replaces other colors) is nothing less than a highlight of his work. Experts suspect a deep connection to the Easter bunny, that stretches far back into his childhood. 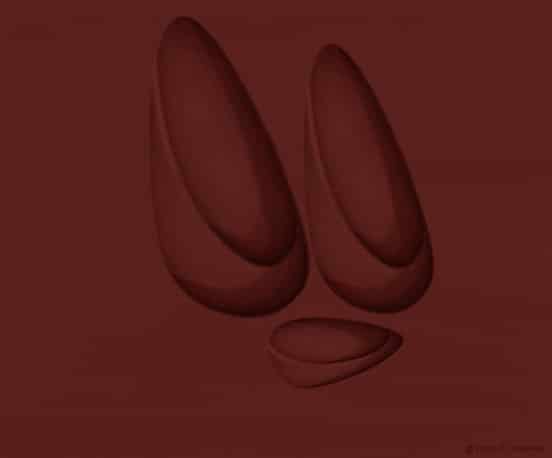 Gerhard Richter began his artistic journey by trying out basically every form and style of art of modern painting. His combination of Pop Art, abstract expressionism, neo-dada and fluxus made him one of the leading German artists. His multifaceted forms of expression also caused a discontinuity of his his work.  Re-paintings, blurred paintings or cloud paintings exist next to each other and seem completely detached. His colorful and expressive work “Hasen zu Ostern” (Bunnies at Easter) consists of a number of layers he further developed by scratching part of the color off, using extensive gestures and repainting parts of it. Gerhard Richter himself stated that chance also had huge impact on the following picture, putting it into contrast to his original intent. 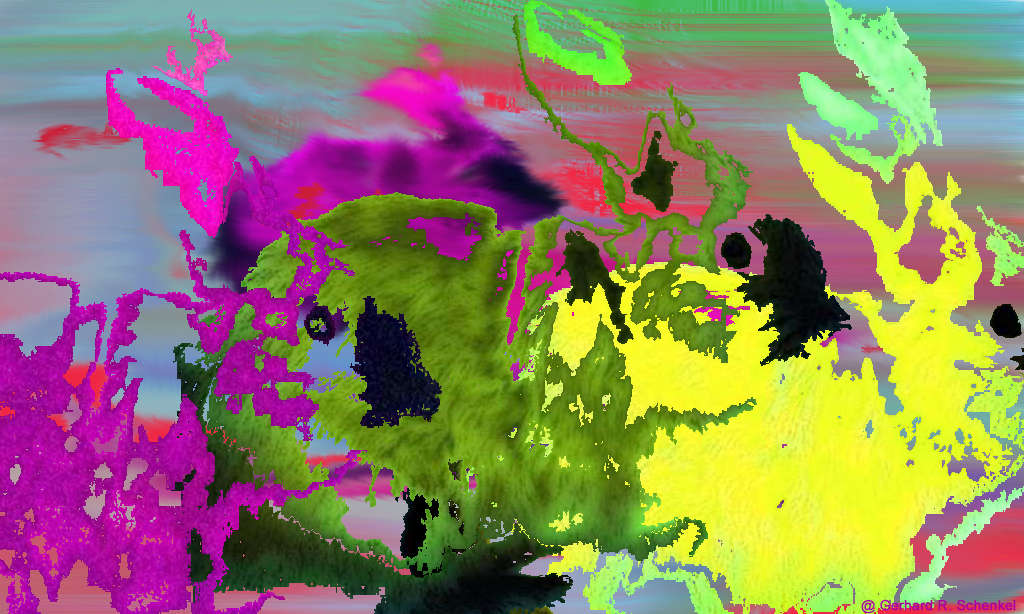 Sabine Wild creates unique works of art from structures, lines, swaves, light and haziness. Longitudinal and latitudinal shifts are typical feature of her work, yielding an exciting area of conflicting priorities between graphic painting and photography. “Single Easter Bunny” is a fascinating work that invites you to adumbrate a particularly elusive reality. 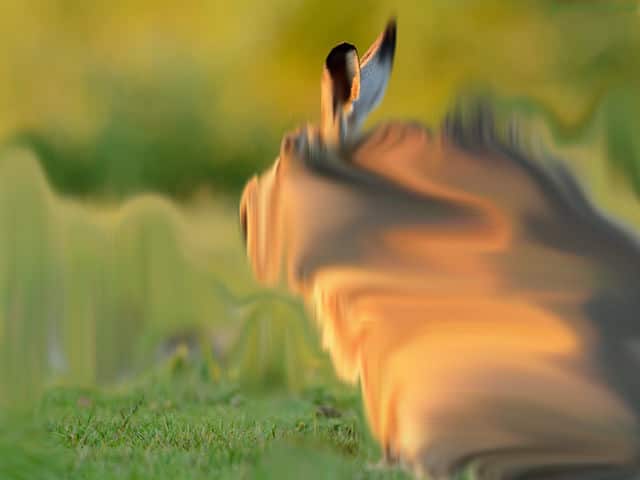 Shepard Fairey is a contemporary graphic artist, illustrator and street artist. His work “HOPE” which he created for Barack Obama’s presidential campaign in 2008 is one of his most famous works. The poster in the national colors red, blue and white is influenced by pop art but has its own very special character typically for many other of his works. “Bunny” shows the power of his stylistic expression. 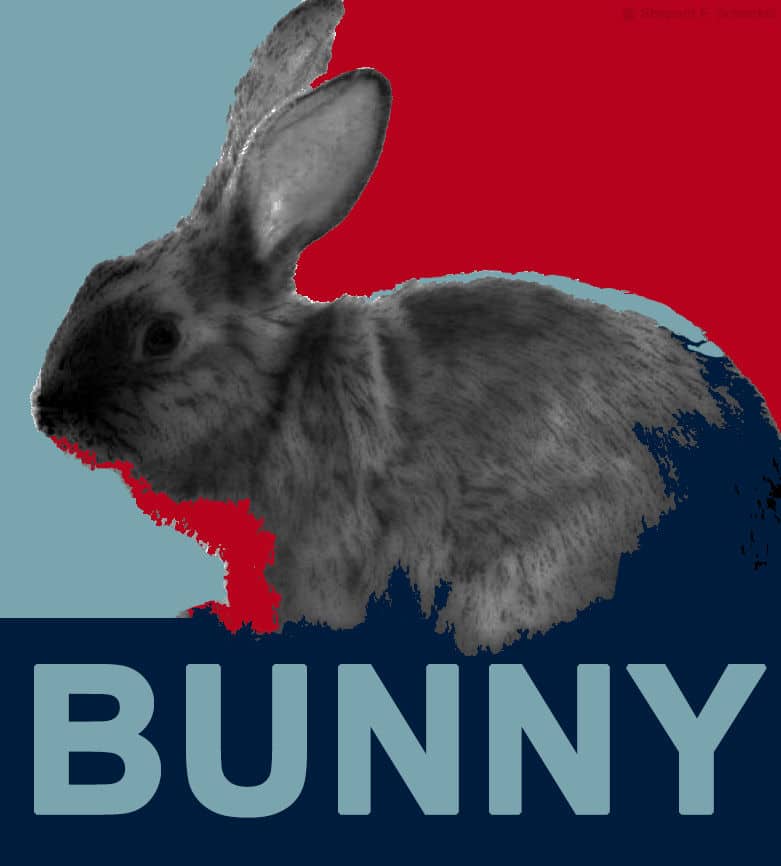 Dolk (norwegian for dagger) is the pseudonym of Norway’s most famous graffiti artist Dolk Lundgren. His work bears popcultural references, combined with a humorous and critical approach. Inspired by the British street artist Banksy he not only uses house walls as canvases for his work but also works as a hired artist for museums. It is only a matter of time until “Easter Bunny Girl” is displayed in Bergen, Stavanger or New York. 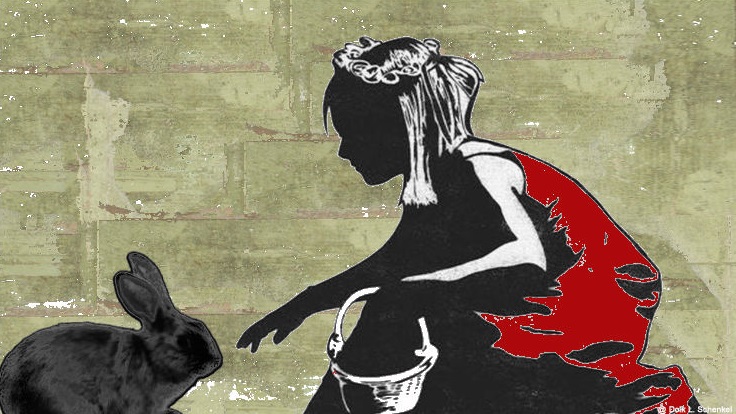 After “Art meets Easter Bunny” the conveived works described here only touch the surface of an imaginary art history. Even if it is hard to deny the significance of the Easter bunny for arts interested parties should look for other sources of information on art and its most iconic representatives.

We wish you, your friend and your family a relaxing and happy Easter.

Best regards,
The Team at microTOOL.

What do Haring, Warhol, Liechtenstein and Hirst have in common?

Tips and information on all things Project Management and Requirements Engineering. Keep up-to-date for free!
The Power of Professional Intuition