“I never think of the future. It comes soon enough.” – Albert Einstein

October 26, 1985: Emmett “Doc” Brown, passionate inventor and devotee of scientific progress begins another journey through time, taking Marty McFly and Jennifer to October 21, 2015, using a converted DeLorean powered by the Flux Capacitor. The future the trio is travelling to is our present, a present without hover boards, pizza dehydrators and flying cars. What a pity.

Soon after saving his future son, Marty discovers a magazine called Blast from the Past, an almanac listing the results from all major sports events between the years 1950 and 2000. He buys it so he can make a lot of money in the past that is his present. Clever.

But the changes he effects lead to unforeseen changes to the future. The results are a number of adventures, time travels and a very funny and successful film trilogy, Back to the Future.

Do you remember the year 1985? How it was like? The devices you used at work, at school or at home? The things you concerned yourself with? For example, there was a game that consisted of writing actual words on your calculator (the thing that could of great help when it came to adding, subtracting, dividing and multiplying). There are countless lists that can be found online of possible combinations of numbers resulting in actual word when turned upside turn. The word blog (6078) had not been invented back then.

In 1985 the first Personal Computers found their way into the homes of the general public. The Amstrad CPC Series, also known as Schneider CPC, tried to imitate the Commodore 64 (usually called C64 or breadbox). The C64 was introduced in 1982 and went on to become the top-selling home computer worldwide. Its success was largely due to his dual nature of being a gaming as well as a software development computer. Some even retyped source code from magazines just to play games such as Snake or Pong. Error search – and there were always errors – was the real deal.

How it all began…

In 1985, microTOOL founders Ursula Meseberg and Bernd Nawrot had to bring their own computer to business calls. The IBM Personal Computer XT 286 did already have its own 10 MB harddisk. Due to its weight it had to be transported on the backseat of a car. The word schlepptop had not been invented; mobile phones were only at the beginning of their triumphal procession. There was largely no way to tell others if you missed a plane and were too late for a meeting. Even the makers of Back to the Future, Robert Zemeckis and Bob Gale, did not have mobile phones on their radar.

“Prognoses are difficult, especially if they concern the future.” – Karl Valentin

This famous quote speaks the truth. Prognoses tend to overvalue current trends and conditions. Patterns are identified where there are none, exceptional events leave a more lasting impression than regular ones. We succumb to a linear way of thinking when trying to further the development of products. A 1985 car becomes a hover car in 2015 and a skate board becomes a hover board. Wrist watches with integrated calculators become wearables in 2015, albeit not in the movie!

The difficulty lies in the fact that we are embedded in our present, our reality and in the fact that the future seems distant, even removed from us. Are there even personalized cars in the future? Maybe personal mobility will then be a thing of the past. Will wearables be a thing then or will voice controlled devices and personal assistants be part of our daily lives?

Irrespective of whether time travel will be possible at some point in the future (!), Back to the Future did get a lot of things right. There are indeed politicians (or rather dynasties) remaining in power across generations. There are movies in 3D, in cinema as well as on TV screens, sugar-free drinks and helpful policemen and policewomen. Doors open through fingerprint authentication.

The aim of Back to the Future was never to paint an authentic picture of the future. This goundbreaking trilogy wants to entertain, and it is very inventive in doing so, with self-lacing shoes or up-to-the-minute weather forecasts.

It also toys with changes to the timeline. The Claytone Ravine becomes the Eastwood Ravine because Marty goes by the name of Clint Eastwood in the year 1885 and saves Clara Clayton from falling to her death. Of course, numerous Academy, Golden Globe, BAFTA and Jupiter nominations go to show that these films are famous for a reason.

Still, there are aspects of 2015 that are completely amiss, such as smartphones or the internet. Some things have come into existence so fast and have developed so quickly that the makers of Back to the Future just could not anticipate them.

Well, they are in good company. “The best way to predict the future is to invent it”, is a famous quote by American computer scientist Alan Kay. In 1985 Kay worked for a company called Apple.

The Back to the Future Competition 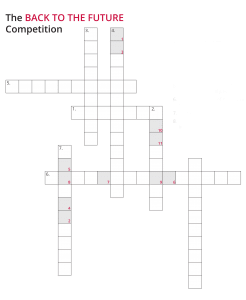 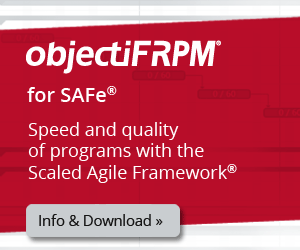 Tips and information on all things Project Management and Requirements Engineering. Keep up-to-date for free!
An Interview With Clemens Schmidt about Successful Software Introductions