You are here: microTOOL1 / Knowledge Base2 /

What is FMEA? How does the analysis work and what’s it for?

Failure Modes and Effects Analysis (FMEA) is a systematic, proactive method for evaluating systems, processes, and risks to identify where and how they might fail and to assess the relative impact of different failures, in order to identify the parts that are most in need of change. The FMEA can be traced back to the US military standard MIL-P-1626 from the 1940s which describes Procedures for Performing a Failure Mode, Effects and Criticality Analysis (FMECA). This method of analysis was prompted by defective ammunition. Following this, in 1963 NASA developed Failure Mode and Effects Analysis (FMEA) for the Apollo mission. The succesful moon landing was in part attributed to the implementation of FEMA. When over a decade later a gas tank burst in a rear-end collision involving a Ford Pinto, the Ford Motor Company introduced FMEA. In the 1980s the German standard DIN 25 448 for failure effect analysis was given the subtitle FMEA. The German Automotive Industry Association (VDA – Verband der Automobilindustrie) further developed the method for the automotive sector and in 1986 published a description in VDA Volume 4. In 1994, the AIAG (Automotive Industry Action Group) added FMEA to the 9000 quality standard for automotive production and its suppliers. This standard then became Norm 16949 of the IATF (International Automotive Task Force), becoming the standard for OEMS worldwide. At the end of May 2019, a harmonized transatlantic FMEA standard was published by AIAG and the VDA’s Quality Management Center (QMC).

A system FMEA is the highest-level analysis of an entire system that is made up of various subsystems. Using a system FMEA you can, for example, test whether an electric motor meets all the requirements in the specifications sheet and discover and assess possible deficiencies that could lead to the requirements not being met.

Using the results of Design FMEA, Process FMEA analyzes the manufacturing process of a product (e.g. production or installation of an electric motor).

The 7 Steps in FMEA

The costs to repair a defect increase by a factor of ten for each production stage.

Each potential failure is examined to determine its potential causes.

With objectiF RPM.
Try it for free.

For each identified failure/risk, the following three parameters are assessed:

To classify a risk, a risk priority number (RPN) is calculated. Since the publication of the harmonized standard 2019, this value has been called Action Priority (AP).

The higher the RPN, the more serious the error/risk and the greater the need for action.

FMEA not only serves the purpose of preventative risk minimization, but also safeguards the knowledge of organizations.

The parameter diagram is a block diagram that depicts the relationships between various parameters of a system. It is a simple visualization of system elements and their functions. 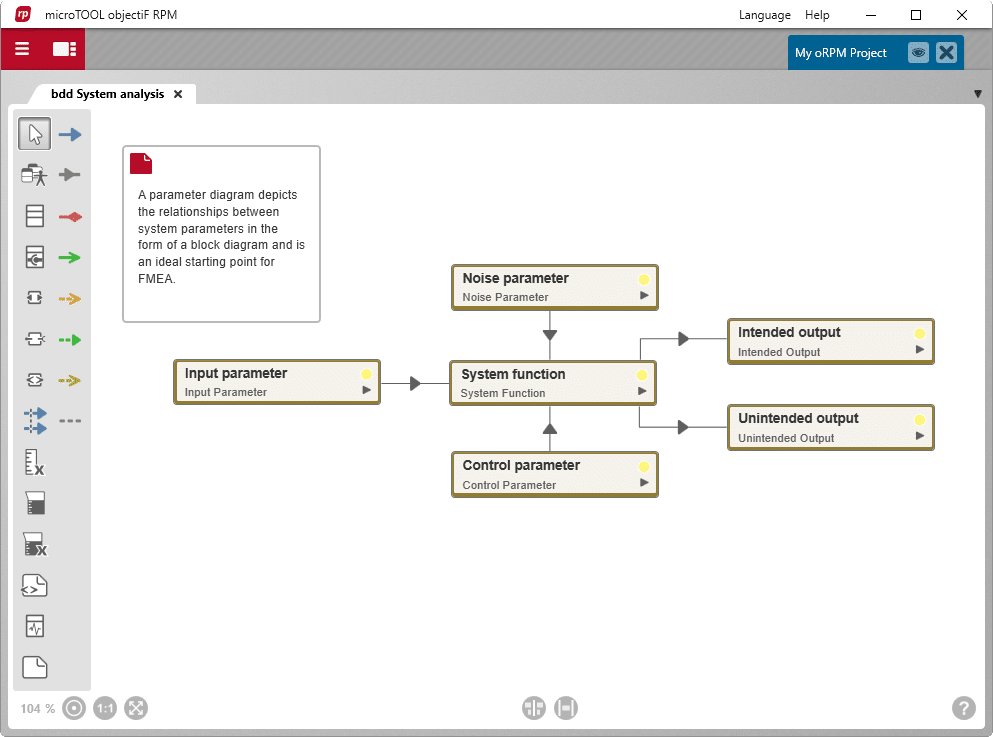 Block diagrams can also be used to visualize system boundaries and interfaces. This gives a good overview, as functions (and malfunctions) are realized at the interfaces to a system. 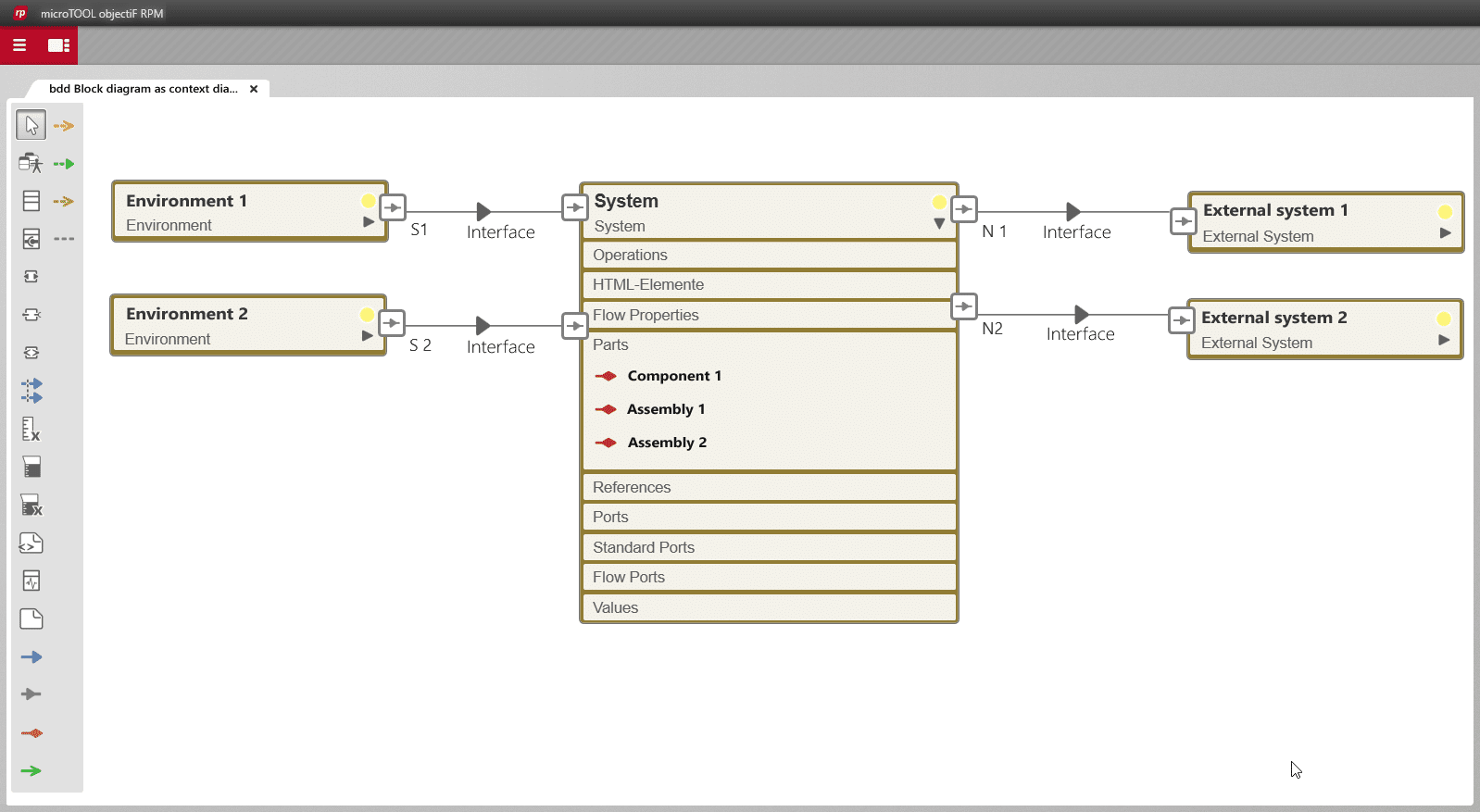 FMEA is closely related to other quality management measures and objectives. Among them are:

Some of these disciplines can benefit from the systemic approach to production processes as set out in FMEA.