Berlin-based microTOOL GmbH has published version 5.0 of its project management software in-STEP BLUE. In addition to a vast number of new functionalities in-STEP BLUE (which was introduced in 1997 and formerly called in-Step) now features a newly-designed user interface and improved usability of configurable views.

As the tool is widely utilized for project portfolio management many new features for resource allocation and role administration were added for system-wide views. The software is now installed via MSI files (Microsoft Installer Files). This facilitates central distribution for larger enterprises which run in-STEP BLUE on a large number of workstations. Many new features were built to improve integration of Microsoft Office and Microsoft Project 2013. The software still provides process templates for the German V-Modell XT (now also for version 1.4), PRINCE2, Scrum, SPICE for Automotive, the Swiss standard HERMES as well as for individually developed processes.

In addition to conventional project management applications, in-STEP BLUE supports document, requirements and test case management. Version 5.0 provides patterns for specific documents such as change logs, which can be predefined for a selected period of time. If distributed teams work with branch documents, these documents can now be automatically updated when generating the main document. A new reporting feature shows all references including states of a specific document. Workflows can be defined by a new “co-signing command”, which requests selected team members to sign documents for approval. Data is still exported to Microsoft Word and Excel at the click of a mouse. Multi-Excel report is also included in version 5.0, offering an export of several views in one go.

Project managers concerned with multiple projects profit from new features for workforce planning. Roles, assigned to team members for working on products and activities, can be substituted automatically by other team members with respective roles. Team members can be exchanged within a project by drag and drop; availabilities can be transferred just alike. When adding new members to a project, core availability can be assumed.

Up to version 5.0, control flows to ensure quality were edited by Gantt charts only. Now, editing preceding and succeeding activities using formulas helps to sustain clarity even for complex projects including a great number of activities. Additionally, printing project schedules and views has been simplified with new options for scaling and fitting to selected page sizes.

in-STEP BLUE 5.0 also offers additional interfaces. Windows users can be imported from Active Directory, a configurable button allows the import of documents from Lotus Notes and a new link to Atlassian Confluence is available. Project schedules can be displayed in Microsoft Project 2013 and state machines in Microsoft Visio. 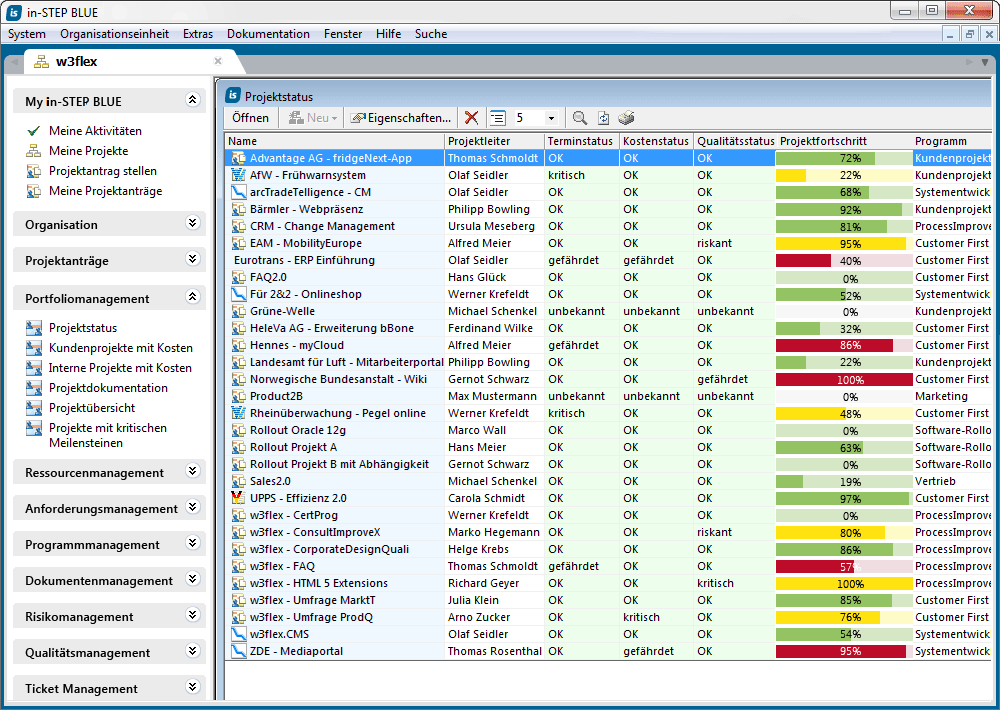 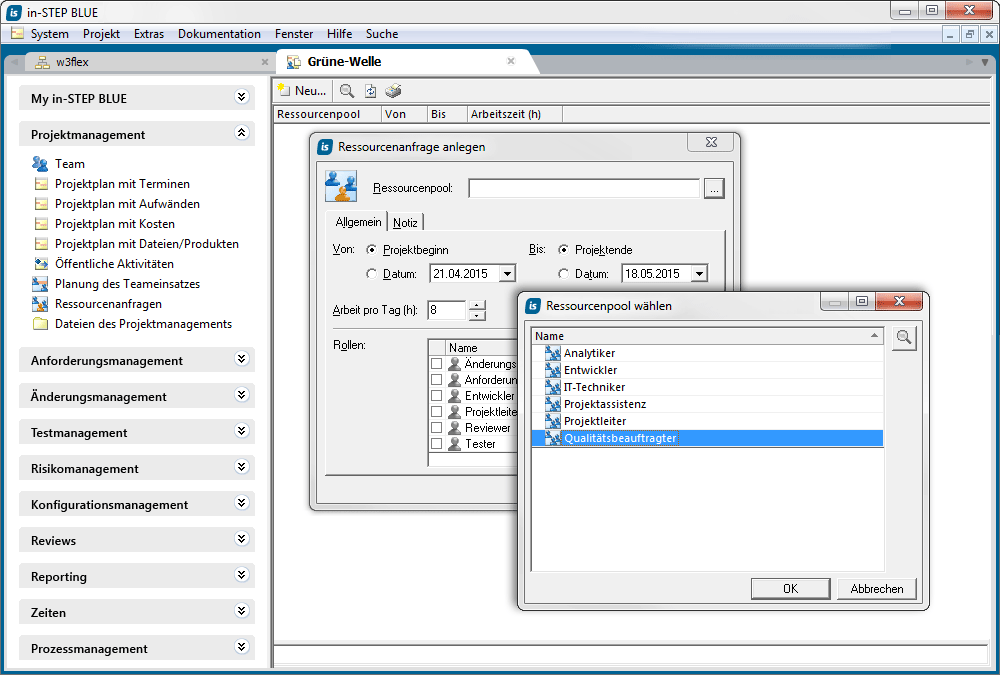 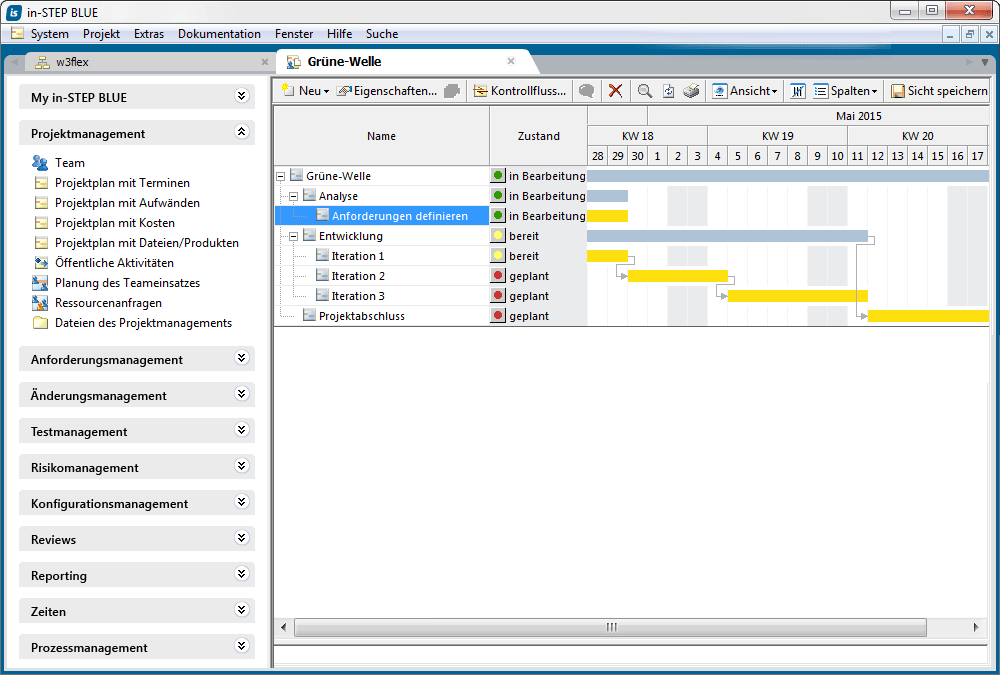