In my last blog post The Power of Professional Intuition I examined why intuition in a time of increasing complexity and dynamic is of great value for decision-making processes. My work in the field of Professional Intuition since 1999 has brought to my attention an important aspect regarding the leading and shaping of companies: self-organization. If employees are to rely on their intuition in order to reach decisions in collaboration with their rational mind, they need to be allowed to make these decisions. The elephant in the room was the question, why does democracy end at our office doors?

It is striking: On the one hand we live in a democracy with most people quite happy about not being controlled or even punished, on the other hand we give up our democratic rights and (and duties) as soon as we enter any form of working relationship. The management, in some ways the government of a company, authorizes itself. We have practically no say in who is going to lead the company in the following years. If someone were to broach this issue he or she can be sure to be attacked with the same arguments over and over again:

The Quest for the Democratic Company

What does all of this tell us? And what possible forms of company democracy are there? And most importantly, are there democratic companies that are successful and that could possibly serve as a role model? In the last 18 months I tried to find answers to these questions by talking to managing directors, board members, chairmen, chairwomen and employees. I put together a number of case studies that would become the core of my new book.

The results are encouraging. But before going into details, let me point out that there have been democratic companies for nearly four decades. These are companies that are more successful not in spite of their democratic orientation but because of it; companies from various industrial sectors and of various sizes, the smallest of which comprised 90 employees, the largest 2400 employees.

Admittedly, I did not bother to consider enterprises, mainly because CEOs of such organizations in most cases do not contemplate sharing their power with others; which in turn is due to shareholder value since most of them are incorporated companies.

With that in mind, let us begin at the top. Why should we democratize companies in the first place? Firstly, there are economic advantages, which can be summed up as follows:

All power to nobody!

The Societal Value of Corporate Democracy: The Spillover Effect

There is another area that benefits greatly from democratization; our society, the construct all companies (and people) are part of. Since the 1970s a number of scientific studies repeatedly showed that there is a so-called Spillover Effect. The more democratic a company is the more of a democratic mindset its employees tend to exhibit. They take on responsibility; they get involved in societal issues and become more competent and proactive citizens in the process.

To anyone questioning these findings, let me ask you: Isn’t it obvious that people taking on responsibility within a company are more competent and proactive within society as a whole?

Another interesting finding of my study is that many roads lead to Rome. There is no recipe for corporate democracy; there are many ways to and many shapes of it. No company needs to bend over backwards and implement a form of democracy that simply does not match it; it also does not need to press ahead. The best way may be to begin to transform clearly-defined areas, for example internal health management.

Striving for democracy requires adequate methods for transformation. But do not be scared, there already a number of these methods readily available; they only need to be picked according to the specific situation. It is of vital importance to keep in mind the mind-set with which they are applied. Not all of these methods lead to a successful democratization; some of them may solidify preconceived notions and result in the top management emerging stronger than before.

Three examples may illustrate what can be achieved economically by democratization:

The looming question for all these examples is whether there really is a causal relationship between democratization and the successes mentioned. Even if the answer is no (which I am absolutely sure it is not) one thing is certain; that democratization does not hinder the success of a company.

However, evidence does speak in favor of a causal relationship between democratization and company success. The case studies compiled by me are from different industry sectors with the only variable being democratization; thus, it is highly unlikely that it did not contribute to this success.

If we take a step back and recap these and other successes of democratic companies a whole new era enfolds before us; the democratization of companies and organizations has the potential to have a lasting positive impact on future modes of work and the employees while at the same time improving the economic situation of the companies.

Maybe the transformation of companies soon is the Swiss Army Knife of consultants; personnel costs can be reduced by facilitating employee participation, allowing them to create and shape modes of work that work best for them. This will increase solidarity with their employer and subsequently lead to a higher performance level. In addition, the overall number of sick days can be reduced, because other-directed people tend to suffer from burn out and other stress-related illnesses.

The spillover effect I described earlier is another positive outcome of democratization. In this day and age where there is constant worry about social structures breaking apart, competent individuals with proactive mindsets come in the nick of time. Companies are not only creating jobs and add to common welfare by paying their taxes, but also on an ethical and personal level.

All these effects show that the democratization of companies is a highly interesting and worthwhile alternative to traditional forms of company management. 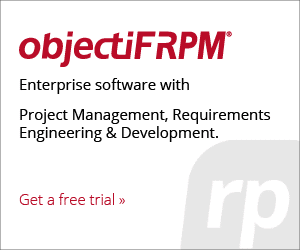