Possible reasons for failing projects may include conflicts with team members or other stakeholders. In my guest post from November 10, 2014 I explored the concept of perception filters and shared my thoughts on pitfalls of communication and ways to avoid them. In this article I want to examine how conflicts, e.g. with stakeholders, can be worked on, solved or even avoided by adopting different perceptual positions.

A typical cause for conflict is the existence of usually at least two different positions, typically of two persons or groups of people. Therefore, these conflicts are often called interpersonal conflicts (we will skip intrapersonal conflicts, i.e. two positions inside one person).

Depending on the seriousness of the conflict, handling two differing positions and solving the resulting conflict may be possible with the help of a third party. The conflict and its solution is delegated, in one way or another, to this third person (or persons), be it through power of decision, moderation or mediation. It may be possible that this third (hopefully independent) instance does not exist in a particular scenario, or that it is not available. In such a case, a third instance may add his or her contribution, albeit not present in physical from. This is why the concept presented here is often titled Three Perceptual Positions in the field of NLP (Neuro-linguistic Programming).

The first two positions are those of the two conflicting parties, be it persons or groups of persons. The particular thing about this concept is that only one of the conflicting parties is phsically (and knowingly) present and involved. The fundamental idea in this is that the other person’s point of view is adopted in order to see things from the point of view of the other. This includes a change in the mental as well as the spacial, physical position. The easiest way to do this is by using two chairs facing each other.

The two chairs represent the two opposing positions. We begin with the first position and by describing our perception of the position in question. Ideally, the approach is supported by another role, making sure that the taking of the different positions and perceptions takes place cleanly. Note: This role is not to be confused with the third position mentioned earlier.

By adopting and considering the position of an “other” while being spatially and separated, a process of identification is initiated; one begins to see the situation (“the world”) with the eyes of the other person and to feel sympathy (not neccessarily approval). This process can be supported by the external person through appropriate questions triggering internal reflexion. Possible questions may refer to the circumstance of the situation, specific behaviour as well as skills, aims and values, identity, self-perception and affiliation.

Consequently, the third positions is that of an independent observer, focusing on one’s own as well as of the opposing position. This yields new options of action possibly leading to a solving or prevention of conflicts. One key component of this concept is to think out loud; this way, the accompanying person may repeat the thoughts and set or reinforce impulses.

The three perceptual positions are passed through multiple times; perceptions from the second and third positions can feedback and then create dynamics that in turn “keep the ball rolling”. This process is sustained until the participants feel that new solutions and options for action applicable in real life have formed. This reality check may then be subject of another run-through.

From the different descriptions of the individual perceptions, different interpretations may be derived; these interpretations are also linked to specific positions and may be reflected upon, changed or newly evaluated on basis of individal circumstances.

Possible application scenarios for the three perceptual positions are real-life conflicts, retrospective project evaluations as well as conflict prevention prior or during the course of a project, specifically with regard to stakeholder or risk management (see http://www.geemco.de/artikel/wahrnehmungspositionen-stakeholder-konflikte/ for more information).

In order to gain new insights into more complex situations (or conflicts), systemic organization constellations can be applied. This requires more effort due to the number of required representatives, but it may also be realized with the use of inanimate objects. In these cases, professional support and help is advisable.

More information on perceptual positions (in German) can be found here: http://www.geemco.de/artikel/kvp-eine-frage-der-veraenderung/ 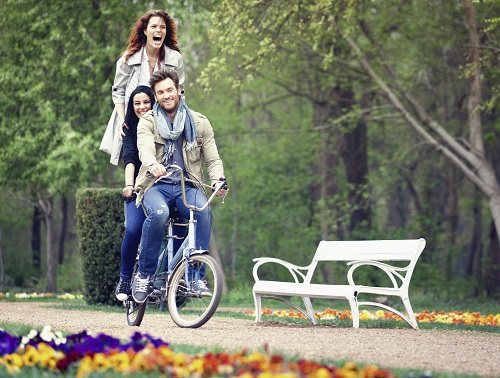 Tips and information on all things Project Management and Requirements Engineering. Keep up-to-date for free!
How to Manage Projects Effectively With Workflows