What a mindset has to do with success and how you can foster it.

Monday 10 October. Dirk M, a project manager in a medium sized company, was stressed. He encountered traffic congestion on the highway even though he planned to leave early to avoid the chaos. To be honest, he actually fled the office. It was a typical Monday that had started out badly and progressively got works. He had had another run in with Meier from controlling. Meier claimed to want to “help” him but ended up offended when Dirk turned him down. Very funny. The only things that were working out were the things he did himself.

The rest of the day was a disaster. One of his colleagues laughed off an idea of his in a meeting, his boss’s tone become more impatient and rude, and he didn’t manage to call a single client all day. He didn’t have much time before the prototype needed to be finished – and he had no idea how he was supposed to do it. It didn’t matter if he left the office at 5pm or 6pm, there was always traffic regardless of the route he took. On that day it also happened to be raining – the wipers screeched with every passing. Annoyed, Dirk honked at the driver in front of him because the idiot had left such a huge following distance that another smart-ass managed to weasel his way into the gap. What a day!

The desire for success

Dirk M wants to be successful. And he’s not the only one – who wouldn’t want to be successful? Most people pursue success – success in their projects, at work, in their finances, sports and relationships. But what is success anyway? And why do some people get it while others don’t?

According to project management principles there is a simple answer to this question. Success is what happens when the goal is reached in the desired quality – on time and within the budget. And even if life is more than just a project, that definition is not a very bad point of departure for defining success. A successful person is someone who achieves what she sets out to do. So the first step is to define and set goals.

By their nature goals can be very different. Your goal could be to lose some weight or to build an airport, avoid alcohol or to do 10 knee exercises every morning, drink three liters of water a day or visit a new country every year. As these examples show: success will always be as diverse as the goals that inspire the action, and it is always highly individual.

Once the goal is clear then we can move on to the implementation. That refers to the measures necessary to achieve the goal. The causes for success in the implementation phase are manifold. They include: entering into commitments, planning, getting support, perseverance, being able to handle setbacks, always getting up, focussing, avoiding distraction, using the right tools and methods and much more. There are plenty of books out there on these issues. Unfortunately books rarely lead to real change in people. Otherwise simply knowing that smoking is harmful for smokers to quit – around 70,000 German doctors smoke – surely they should know better. The only certain path to success is action.

The difference between successful and unsuccessful people

I have read many biographies of successful people. I have analyzed what the differences between the various phases of my life that have had different degrees of success and I have tested my hypotheses with different people who I have coached in the last few years. Many of them sought success, they wanted to achieve something – to change their lives in some way. Some people found it easier than others – unfortunately some did not achieve their goals. The difference did not lie in their abilities and knowledge, it had nothing to do with their capital, with their education or their home town. The biggest difference between successful and unsuccessful people lies in the way they think and feel. Successful people have a different internal attitude, a different attitude towards the world. I’ll call it mindset. Your mindset determines how you view the world and what it reflects back to you. 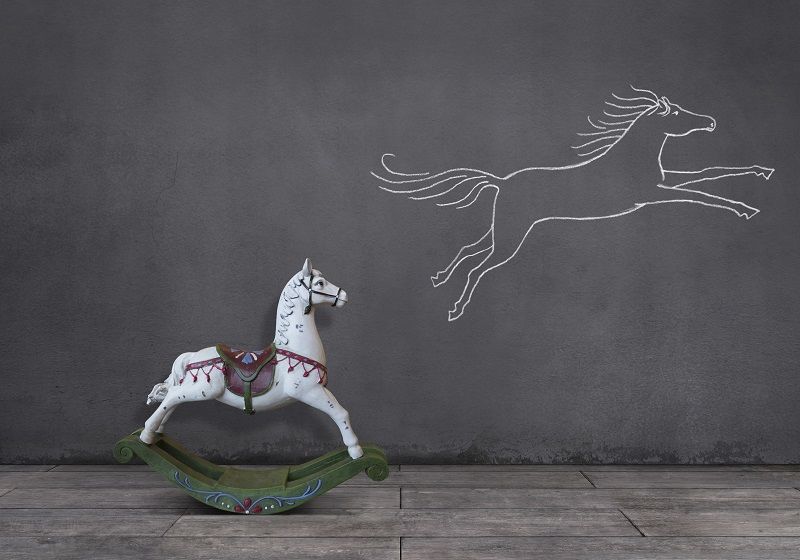 Success is all in the mind

A successful mindset arises, like everything in our heads, from the repetition of actions, such that actions lead to general behavior. Behavior turns into habits and mental habits turn into a mindset. A mindset useful for success comes about through mental habits that can be achieved through ritualistic training.

I would like to offer a challenge for all those who are interested in trying something out. It will only take a few minutes. It produces positive feelings and sustainably changes your perspective on the world.

If you want to participate simply find five minutes of undisturbed time in your day. For many people that would be the time just before going to bed because that is when you can think about the day. Go through the events of the day and write the following down:

You can and should note the small issues. It is important to do just that. The fact that small successes have a big effect on self-confidence is rooted in a specific brain function: every perceived success activates the reward center in the brain which releases hormones necessary for motivating us to achieve our next goal with more confidence. People who acknowledge their successes deal with new challenges more creatively and more productively.

A ritual involving this kind of success and thankfulness journal proved to be very successful in individual goal coaching sessions. Can that be applied to a (project) team? Is it possible to make the thoughts about gratitude, success, learning, laughing and questions that concern us, a part of our daily standups? Would that have an influence on the mindset of the group? I am convinced of it!

If you are interested you can develop your success mindset by performing this simple practice for five minutes a day. Download the working paper here:

And for those who would like to write in a book you can purchase my workbook “Denk dich erfolgreich” with 10 bonus tasks that have a gamification approach to train your persistence muscle. You can receive coaching information via email: http://denkdicherfolgreich.de/ (German only).

I look forward to getting your feedback!

Some plans for the weekend

Friday 20 January. It was 3pm when Dirk M was sitting in traffic. As has been his habit for the past few weeks he used the time in his car to think. He was satisfied – and a little proud. The prototype was completed, the project made it to the next phase in February. His team went a step further, allowing them to reach the next milestone. The latest evaluations by Jens Meier from controlling showed that they were on the right path. It turned out to be a good decision to hear what Jens had to say. Dirk had the impression that Jens was just as excited about the next challenges in the project as he was. The client reiterated how satisfied he was as well – and the boss seemed to agree. Dirk was looking forward to his staff evaluation coming up next week.

A cyclist who wanted to cross the road turns up beside Dirk’s car. Dirk hits the brakes and signals to the cyclist that he can cross. The cyclist is grateful and thanks him by waving. Dirk inches a little further forward and puts the car in neutral. He is thankful that he is warm and dry in his car and that he doesn’t have to cycle through the icy rain. Dirk puts the music on and makes plans for the weekend.

Tips and information on all things Project Management and Requirements Engineering. Keep up-to-date for free!
The new way of thinking among IT leaders