objectiF RPM offers a client-server architecture with a central database. Via the web and windows client you can access your data externally and internally. Connection with other software systems for importing and exporting is accomplished with XMI. Decide for yourself whether you want to use objectiF RPM on-premise or in the cloud. Both possibilities are presented here.

How to use objectiF RPM with your local infrastructure by purchasing a license. 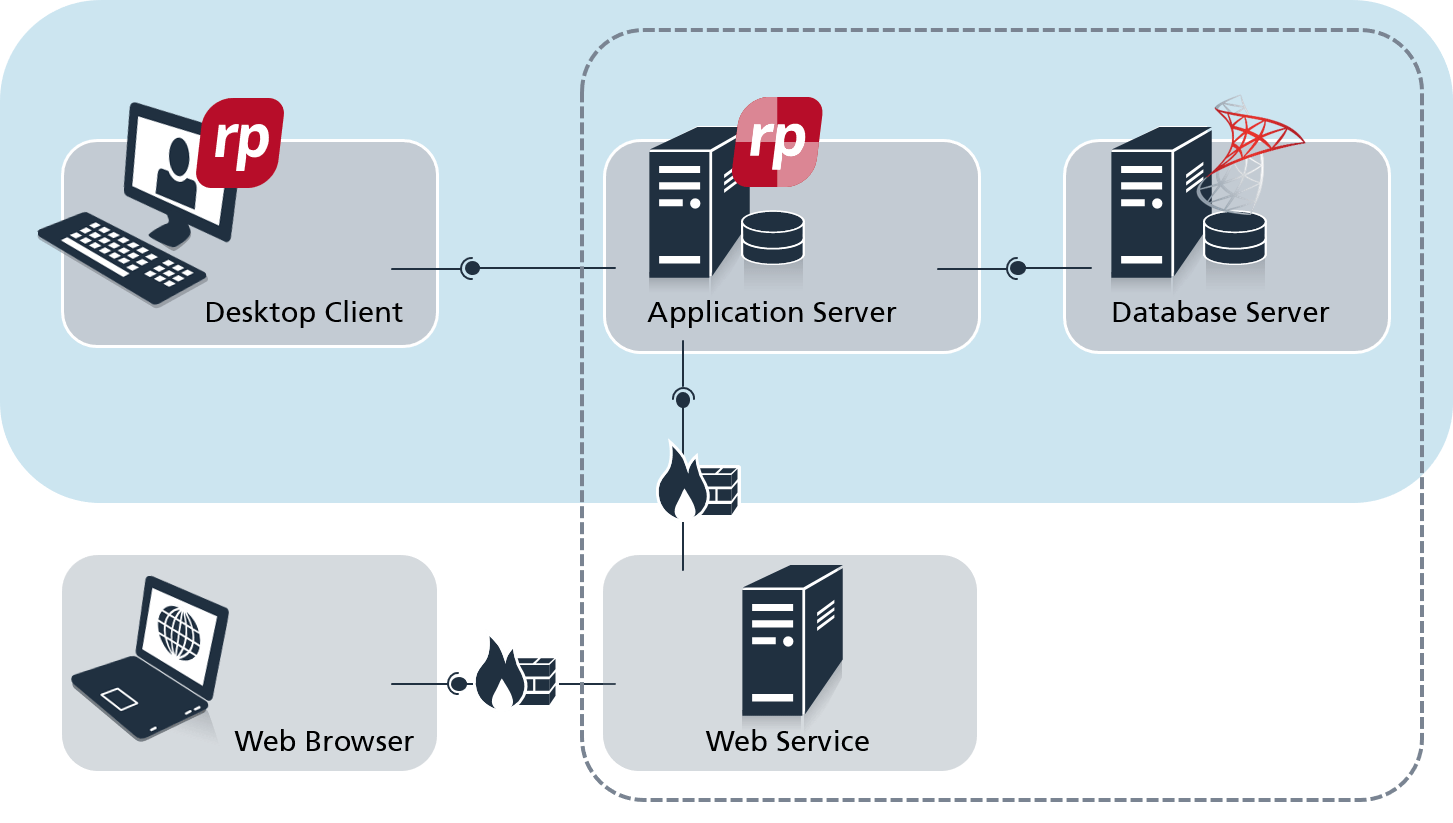 objectiF RPM in the cloud

Using objectiF RPM in the cloud by purchasing a monthly license

Get started with objectiF RPM in less than 1 hour. All you need to do is rent a defined hardware and software structure from Amazon Web Services and apply for monthly objectiF licences. microTOOL will provide an Amazon Machine Image with a preconfigured Elastic Compute Cloud (EC2). The image contains a pre-configured operating system, data bank, and objectiF for running in an Elastic Compute Cloud (EC2). That’s all you need and you’re good to go.

To run objectiF RPM in the cloud as Software as a Service you’ll need an Amazon Web Services account and a hardware and software infrastructure which you can rent monthly. There are two alternatives for using objectiF RPM:

Amazon Web Services offers the usage of system software on an hourly basis. For hardware we recommend in both cases the so-called “m4.large” with 2 virtual CPUs and 8 GB memory. MS SQL Server Express 2014 is limited to 1 GB memory and 10 GB data volume. If you need more we recommend MS SQL Server Standard 2014.

microTOOL provides an Amazon Machine Image with which you can simply generate an  Elastic Compute Cloud (EC2) with hardware and software. The image contains temporary objectiF licenses so that you can get started right away. Later you can trade the temporary licenses for objectiF RPM licenses rented on a monthly basis.

Prices for a package with MS Windows Server 2012 RTM and MS SQL Server Express 2014 in Frankfurt/Germany are here.

Prices for a package with MS Windows Server R2 RTM and MS SQL Standard Server 2014 in Frankfurt/Germany are here.

Get connected with AWS, Microsoft Azure or your own cloud

With EC2, each objectiF RPM customer receives its own Virtual Private Cloud (VPC), i.e. your servers and systems are isolated from those of other customers. The Amazon Machine Image is available at the Frankfurt am Main location, but can also be made available at other locations.

Amazon Web Services offers scaling for the Elastic Compute Cloud, i.e. you can adapt the equipment according to your needs at short notice.

By creating a virtual machine, each objectiF RPM customer receives its own virtual network with a network security group, i.e. your servers and systems are isolated from those of other customers. You can create your servers in any Azure region.

Azure offers a scaling of the virtual servers, i.e. you can adapt the equipment according to your needs at short notice.

Work with local or decentralized teams, with additional staff members, and with internal or external stakeholders.

The simplest scenario for using objectiF RPM is to work with one or more local teams. Everyone can access the central database in their local network using their windows clients. Alternatively, access can also be granted through a web browser.

Here decentralized teams don’t use windows clients; instead central data is accessed using a web browser. Because the user interfaces are nearly identical, there’s no difference for teams when they use a windows client in a LAN or a web browser via the internet.

At defined intervals for each team, the team and domain backlogs, as well as activities defined for the team from the project plan, are exported from the central project and imported into the team’s project. The team plans its sprints locally and gives the data back at a defined time using import and export.

Large projects typically involve many stakeholders, so that it makes sense to use stakeholder analysis to identify the most appropriate stakeholders and concentrate on them. If there are external stakeholders who don’t have access to your IT for security reasons, you’ll need to generate documents to present specific results. You can use prepared document templates for this purpose.

If needed, you can also link On-Premise and Software as a Service (Saas) in a common virtual private network (VPN) for maximal flexibility.

This overview shows you which programs objectif RPM can integrate and exchange data with via import or export. In addition, objectif RPM has a REST API interface that enables communication with programs that are not listed here.