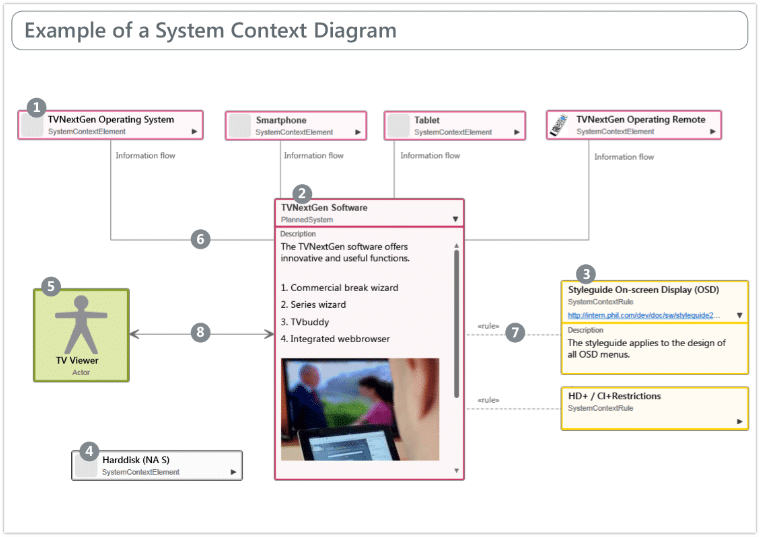 Example of a System Context Diagram

A quick and easy overview of a system context diagram and its elements.

The term system context refers to the environment of your system. A system to be developed never stands on its own but is connected to its environment.

In the example above you see an example for the system context of a software installed on a television receiver. This software interacts with a number of devices, other software and of course the viewer. In addition, during its development process a number of laws, norms, guidelines and style guides have had an impact on the final design of the system. In reality your might define a requirement for the software that it may be barrier-free, or that it offers support for all current smartphone operating systems. This poses no problem if these elements are included in the system context analysis right at the beginning of a project. Supplementary changes late in the development process result in technical modifications that are difficult to implement and expensive. Maybe an incomplete product has to be marketed and sold.

Example of a Goal Diagram