The Use Case Handbook

Whitepaper: What’s the concept behind use cases? How do you use them im agile development and what are misuse cases? 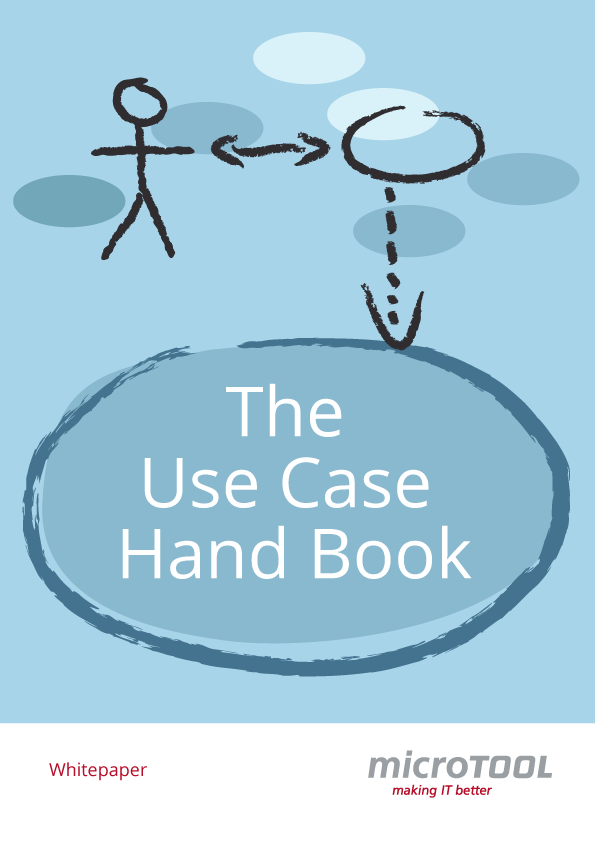 Ivar Jacobson first introduced the Use Case Concept in 1987. He defined a Use Case as a special sequence of transactions, performed by a user and a system in dialogue. Loosely translated, a use case describes the observable behavior of a system from the point of view of the user in which a user may be a person, a role or another system. The power of Use Cases lies in their ability to provide an instant overview of a system’s behavior. They show the Big Picture of a system to be developed. Why is this important? Because without an understanding of a system there is no orientation, and without orientation decisions regarding the scope, the use or the costs of a system are impossible to make.

What Are Use Cases?

Use Cases document the functionality of a planned or existing system using simple models. A use case describes the visible behavior of a system from the user’s point of view. A user may be a person or a neighboring system and is knows as an actor; he or she interacts with the system in order to achieve a specific goal. A single use case gets its name from the goal the actor wants to achieve and is a series of actions performed in a defined order.