You are here: microTOOL1 / Knowledge Base2 / What are patterns in agile project management? 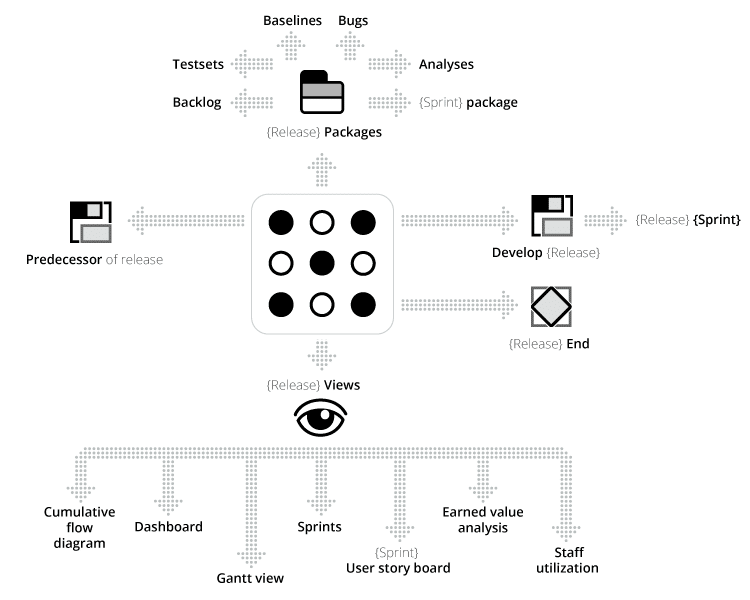 Agile planning – what does this mean?

Agile planning means planning in small development cycles, or iterations, to constantly include the customer, to react flexibly to new requirements and to regularly deliver prototypes. We speak of releases and sprints instead of milestones and activities.

In everyday agile situations, the same tasks are always coming up. For example, planning the next sprint for a release or a team. Often you also have to include a new team in the planning and create a working environment where it can get started straight away. These tasks entail work, which you can either do yourself, or let a pattern do for you.

What are patterns in agile planning?

Patterns in agile planning are templates for solving specific problems. For example, they provide a solution approach for planning a new team release. This step requires a few more steps that you have to carry out:

Patterns offer suggested solutions by providing, for example, a defined folder structure that can be easily applied or adapted to your needs. This reduces the time-consuming work that you have to do by letting the patterns automatically do this important work in agile planning.

A short definition of pattern:

A pattern is a solution concept for a concrete, continuously occurring problem.

The idea of patterns as a reusable solution concept came from the architect Christopher Alexander in the seventies. He recognized that there are foundational patterns for cities and buildings that are strived for and repeated. He defined a pattern catalog where he collected these patterns and described their specific properties, for example, purpose, application, structure or consequence.

A few years later, this concept slopped over to software development and design. The famous work “Design Patterns” by Gamma, Helm, Johnson and Vlissides came out in 1994 and explained that there are also proven solution concepts for certain problems in software development. Here, the four provided code solutions that can applied as patterns and adapted in specific contexts. Later, the concept was transferred to software architecture with the “Architecture Patterns”.

Types of patterns in software development

There are three different levels of patterns in software development:

For repeating problems in software development (normally on a code basis)

Advantages of patterns in agile planning

Properties of a good pattern

Learn more about how to support agile planning with objectiF RPM.

Examples of patterns in agile planning

Generates folders with sub-folders for the results of requirements engineering in domains (for example for requirements, use cases and personas)

Planning a release’s next sprint

Generates a folder for sprint artifacts (requirements, use cases, etc)

Generates a team activity in the project plan

Generates a folder for team artifacts

For planning a new release for a single team

Allocates the release activity to a backlog

Generates a folder hierarchy with a release backlog, baseline and evaluations (structured according to teams)

Generates a team activity under the release activity

Generates a sprint activity under the new team activity

Generates folder hierarchy with a backlog, baseline and evaluations, as well as artifacts from the first sprint

How to apply patterns in objectiF RPM

You apply a pattern by right-clicking an activity within the project plan. Then you can adapt the pattern to your specific context. For instance, all sprints are supposed to have the team name “Team London” in their name. To do this, you just need to edit the placeholders. 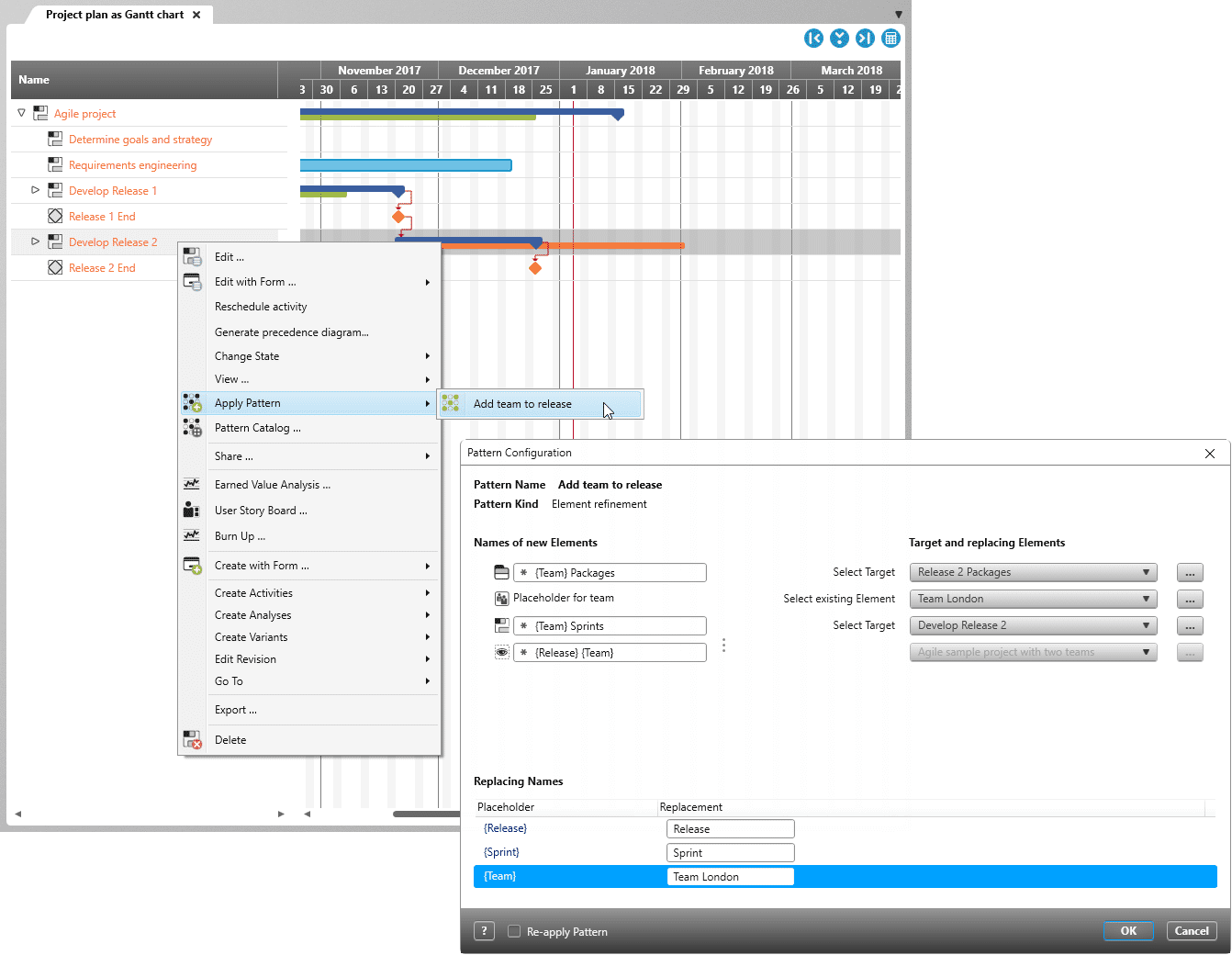